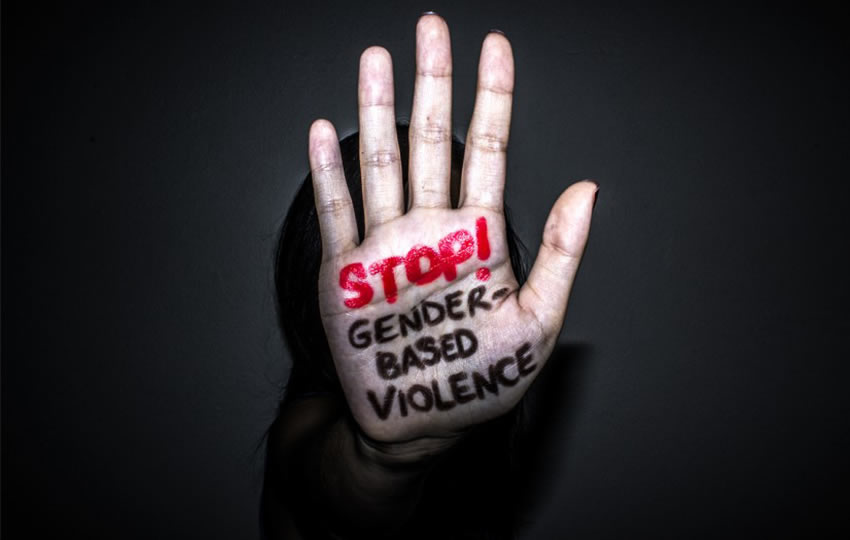 Ronke Shonde, a banker and mother of two, was beaten to death by her husband, Lekan Shonde, in Lagos. A manhunt for Mr. Shonde, who fled the murder scene, was launched.

Before taking his wife’s life, Mr. Shonde used to “tie her, beat her and take her mobile phones away,” according to a neighbor.

Media in Nigeria is replete with stories of gender-based violence at home or in the streets, many of these with gory endings.

A study recently commissioned by the ministry of women’s affairs and social development and the United Nations Population Fund (UNPFA) Nigeria with support from the Norwegian Government found out that 28% of Nigerian women aged 25-29 have experienced some form of physical violence since age 15.

The study also reports that 15% of women experienced physical violence within 12 months preceding the survey Further, the level of exposure to the risk of violence varied based on marital status, and that “44% of divorced, separated or widowed women reported experiencing violence since age 15, while 25% of married women or those living with their spouses have experienced violence.

Dr. Abiola Akiyode-Afolabi, founding director of Women Advocates Research and Documentation Center (WARDC) declared: “We call on the Federal Government [of Nigeria] to create more institutions that can address the root causes of gender-based violence, the impunity that often goes with the scourge, implement policies and enact laws, for a stronger national response that can support victims and survivors \ of violence.”

She added: “The 16 Days of Activism against Gender-Based Violence (GBV) is also a time to remember victims and survivors of GBV and further re-evaluate the effectiveness of interventions currently in place to address the problem.”

Ms. Abiola Akiyode-Afolabi says GBV is hindering national productivity as it is occurring amongst people in the productive age group who are having to deal with the negative physical and psychological consequences of the vice.

“There should be continuous review of the existing policies and laws on GBV in order to accommodate best practices of GBV strategies in nipping the scourge in the bud,” she he notes.

During a news briefing to mark the 16 days of activism to end violence against women and girls in Abuja, the minister of Women’s Affairs, Aisha Alhassan, spoke about the traditional roots of violence.

“Women and girls may suffer violent acts in the household and within the family which could be habituated by socio-cultural attitudes and traditions,’’ she said.

According to Ms. Alhassan, violence against women is human rights issue that extremely hinders women and girls in contributing to national development.

The Center for Health Ethics Law and Development (CHELD), a group comprising lawyers, doctors, health professionals, social scientists, economists, public health specialists, gender specialists and statisticians that promote public health in Nigeria and other African countries, believe many cases of violence against women in Nigeria are influenced by financial factors.

In its 2015 report on Violence Against Women in Nigeria and the Need for a Women’s Fund, CHELD noted that these factors range from husbands preventing their wives from working or denying them funds for necessities such as children’s school fees, health services and even food.

“For instance, several women I have talked to this year have had problems with insufficient funds to buy air time to make calls. Beyond this, financial issues prevent women from leaving bad and abusive situations. Many of the women have been beaten down and prevented from working and earning any income to keep them financially dependent on the abuser,” Cheluchi Onyemelukwe-Onuobia, CHELD’s founder and executive director, said.

Ms. Onyemelukwe-Onuobia added that, a university graduate who had left her abusive husband was forced to return to him “because she could not afford a place to stay and she could not pay school fees or take care of other necessities required by their children.”

Violence against women in the Nigeria is almost accepted as a fact of life in some cultures that perceive women as the property of their husbands.

President of Trade Union Congress of Nigeria (TUC) Bala Kaigama argues that “unfortunately, battering and trafficking have become part of us as we daily wake up to hear of them over the radio, watch them on the television and read them in the dailies and social media.”

The chairperson of, TUC Women’s Commission, Oyinkan Olasanoye, agrees with him, stressing that any form of violence against women and girls disempowers them and impoverishes families.

Ms. Olasanoye insists that, “We must seek additional knowledge to maximally unleash our potentials. Gender equality does not mean women ruling over men; rather it guarantees a level-playing field devoid of all forms of discrimination.’’

There are recent reports of women being maltreated by law enforcement agents, especially at check points. Last spring, in Ekiti State, south-west Nigeria, policemen brutalized Toyin Adeyeye, a nursing mother who recently returned from the US.

She and her two-month-old baby were returning from the market when they were stopped at a police check point. The police asked for bribe. Not having done anything wrong, she offered the officers nothing. The angry police officers beat her up. She claimed she lost personal belongings, $750 cash, while the officers seized her car. Also detained was the women’s younger brother and driver of the vehicle.

Acts of violence against women are often intended to intimidate, manipulate, humiliate, threaten or hurt women and girls.

Many women and girls die or have their reproductive organs permanently damaged during a practice known as genital mutilation which some believe enables a woman to be more marriage-eligible.

Also, some cultures encourage denying women and girls access to education, land and or inheritance. According to the charity Girls Not Brides, 43% of girls in Nigeria are married off before their 18th birthday and 17% are married before they turn 15.

The United Nations Committee on the Elimination of Discrimination against Women in July 2017 expressed concern that the Boko Haram insurgency had forcefully displaced women and girls, disrupted their means of livelihood and education, separated them from families, and exposed them to sexual violence and other kinds of abuse.

The report notes that government authorities detained some women, including pregnant women, for many months without being convicted or charged with a crime, and wonders why the government cannot stop the arbitrary and indefinite detention of women.

Grilled by women’s rights advocates over the report, Minister Alhassan said government would look into the report and address these concerns.

To reduce the cases of violence against women, Nigeria adopted in 2006 a Framework and Plan of Action for the National Gender Policy. Consequently, the federal and state governments adopted several legislative and policy instruments, including The Violence Against Persons Prohibition Act of 2015, which prohibits female genital mutilation, harmful widowhood practices, harmful traditional practices and all forms of violence against persons in both private and public life.

Ekiti State law also establishes a Gender-Based Violence Fund to provide, among others, basic material support for victims of gender-based violence. Such victims and their dependents may receive free shelters and vocational training.

The Lagos State Protection Against Domestic Violence Law of 2007 also recognizes economic abuse. Even though it does not provide for a Fund, as in Ekiti State, the Lagos state government outlined plans to establish a Fund to pay for free legal services to women and children suffering violence.

Challenges in efforts to eliminating violence against women in Nigeria can be legal or cultural. Lawyers Chronicle, a magazine for African lawyers observes that, a section of the Nigerian constitution does not allow a foreigner husband of a Nigerian woman to become a Nigerian citizen.

Another section of the penal code applicable in Northern Nigeria permits wife battery as chastisement if grievous harm is not indicted. A provision in   the Labor Act prohibits women from working at night.

Culturally, it is not usual for women to speak up in public, so many female victims of violence may suffer in silence.

There is a lax enforcement of violence against women laws. Women’s rights activists believe there is a need for mass enlightenment and strong legal actions against perpetrations.

Five Important Facts to Know about Girls’ Education in Nigeria